"Urolige sinn" – the new album from Wako – is equal parts atmosphere and energy. Smoky moods envelop runaway train rhythms, while the contemplative can seem like a mask for a chaos ready to erupt at any second. This is a series of dramaturgical tone poems, triple-distilled concepts, their purity and brevity carrying only the essentialsounds – but you shouldn't take this as meaning "minimalism": here it means intense concentration, perfect focus. There is a build and release of tension, occasional hints of a threatened dissonance in the midst of melody, or glimpses of golden harmony emerging from chattering agitation. There are technicolour highways through chiaroscuro dreamscapes. There is what could easily be the incidental music for an urban hallucination of a heated conversation between Pharoah Sanders and Man Ray, or Erik Satie antagonized by Friedrich Nietzsche. Traces of joy mix with stains of sorrow, the everyday life intertwines with sinuous and wandering reveries. This is realism walking in expressionist shoes along a well-paved path.

That path was created by Wako, both as a collective and as individuals. Where similar groups would regard a "jazz composition" as merely a framework for an extended solo (or three), Wako operate as a unified musical consciousness, thinking, dreaming, reacting and planning together. While pianist Kjetil André Mulelid and saxophonist Martin Myhre Olsen each take individual composer credits on several tracks, the group coherence and synergy means that bassist Bárður Reinert Poulsen and drummer Simon Olderskog Albertsen are integral to the final delivery of the music. The Wako philosophy is one of "music first"; "Urolige sinn" is that philosophy made flesh. 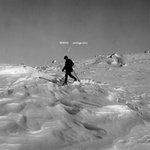 “Wako is a Norwegian jazz collective with a truly collective sound” - Mark Sullivan, All About Jazz (US)

"An entirely open-ended high-risk sort of improvised group playing. It is as if they have abandoned all unnecessary things for lightness of travel. What they need, they will find." - Fritz Balwit, Audiophile Audition (US)

“These guys have no lack of ideas. It’s really inventive music performed by a very tight quartet. Their sound is very consistent and together. Superb!” - Vital Weekly (NL)

“ I like how the lovely melodicism of this recording is totally at the mercy of the forces of motion, and I like how Wako shows no limit to their ability to shape it” - Bird is The Worm (US)

"It sounds like gold in my headphones" - Stemmegaffel.no (NO)

"Quite a bunch of magical moments" - Baze Djunkiii, Nitestylez (DE)